Why buy tech from the future?

You're a rich, successful CEO/capitalist working in the electronics business. Your R&D division is exceptional and routinely fabs state of the art processors at bleeding edge processes. (If it helps, you're in an equivalent position to the CEO of Foxconn, Samsung or Intel).

A person walks into your office one day bringing a small device with them. It fits in their pocket and has a smooth, rounded exterior. They ask to demonstrate the device to you and you consent. They proceed and magic happens. The device is capable of performing operations that are hinted at by the products your company makes now or can be done with extremely cumbersome equipment. From your own knowledge of the electronics industry, you know the global state of the art and this device performs far far beyond. Your top engineers are also permitted to use the device to verify that there is no trickery afoot. They too are blown away. The stranger even lets you keep the device for up to 168 hours with the warning that if shenanigans happen, the device will make itself, well, unavailable to you. (The device will remain fully function after the review period is over. The threat of unavailablity ends after payment is made.)

The stranger says that they come from 30 years in the future. They can't describe how the device is made or any of the relevant manufacturing techniques, materials or processes. They only know how to operate the device and its general capabilities. But, they will sell you up to 10 devices for 1% of your net profits this year. Transfer of funds will be worked out later after the deal is struck.

Do you buy this tech knowing full well that you can't duplicate it? If purchased, how do you use these devices going forward?

Green‭
127 reputation 7 1 20 1
Permalink History
Why does this post require moderator attention?
You might want to add some details to your flag.
Why should this post be closed?

No way would I buy that thing.

...ok so the details really do depend on exactly what it does. 1% of my revenue for 10 gizmos? And I'm the CEO of Intel? Intel made between 10 and 100 billion dollars in 2019, so that's like 300 million for 10 gizmos or 30 million per gizmo. If "the device is capable of performing operations that are hinted at by the products [my] company makes now or can be done with extremely cumbersome equipment" that suggests it's basically a hand-held supercomputer or something similar. The world's current fastest supercomputer, Fugaku, got designed and built for about 1 billion dollars: if the stranger's fancy gizmos can outperform Fugaku, then you should be able to charge 1 billion dollars for each future-device and make a profit: right? Maybe. I'll get to that in a bit. My point with this paragraph is to emphasize that 1% of a major company's revenue is a lot of money, and the math only works out in your favor if the device is nearly as valuable as the world's fastest supercomputer, even if the device is not itself a supercomputer. That's a lot to ask from a hand-held beebop from only 30 years in the future. Is each future-device a Fugaku times 100? Of course I would buy those. What about a Comet Lake times 100? I'd send that stranger right back to the future. What if each device can roughly match Fugaku in petaflops per dollar? That's more difficult but... I don't think that I would buy the gizmos.

Why not? Lousy customer support, that's why. I don't care if these things come from 30 centuries in the future, they have to break at some point and when they do whoever bought the thing is going to make a huge racket about how Intel sold them a defective piece of hardware and they'll demand a refund and maybe it'll go to court and the legal fees are bad enough but the press? The press?? Can you imagine what sort of shade the media is going to throw on my company when they find out that I handed out a billion-dollar iPhone that won't even boot now because the customer tried to download a security update and reboot but now it gets stuck on the loading screen when it turns on and he tried to turn it off and on again several times but it just won't move past the loading screen and he does not know what else to do to fix it. Intel's reputation would be ruined. Everyone else who bought a future-gizmo would want a refund. No, I will not take that stranger's offer.

You can poke at the argument here and there, but I think that the general idea is solid. What if you sold the devices with zero warranty? They cost a billion dollars... the customers' lawyers would spot that right away. What if you just kept the devices in-house and let your R&D team use the computing power? Better, but you still run the risk that the device breaks before you get your money's worth out of it, and really it probably would not even be that helpful as evidenced by the fact that Intel is not presently spending large portions of its revenue on supercomputers to improve R&D. What if you force the stranger to sign an agreement stipulating that if there are any technical problems you can return the defective device for free in exchange for a replacement? I guess if the stranger agrees then I would have to think about it.

As a political aside, I think that this is the sort of logic that prevents major consumer electronics manufacturers from shipping computers that run Linux. Red Hat and Canonical both offer support packages for enterprise customers, but if my mom buys a new Ubuntu box from Dell and the webcam won't turn on during video calls and Dell says the hardware is fine that's not our problem well... little chance that my mom is ever going to buy a laptop from Dell again.

Jordan‭
21 reputation 0 3 2 0
Permalink History
Why does this post require moderator attention?
You might want to add some details to your flag.

General comments (2 comments)
Sign up to answer this question »
Featured
How can we grow this community?
Codidact Technical Roadmap 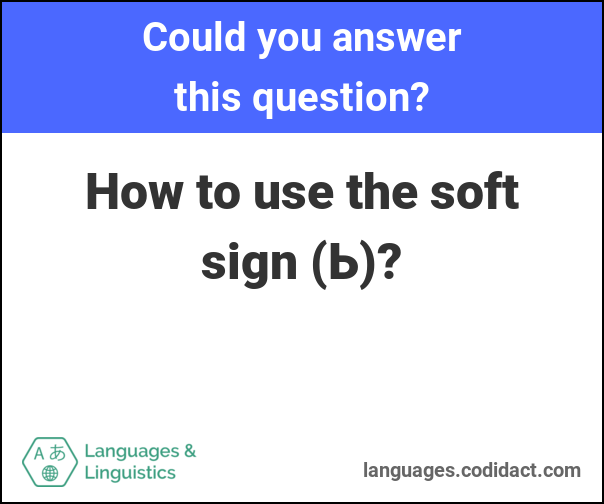