Would the Oceans in This Map Be Freshwater?

So long ago, I asked on how to make Earth's oceans as brackish as Lyr's, one of the many worlds imagined by artist Chris Wayans. The only real answer I got was something that that world had already gotten covered--less land.

So here is my map of an alternate Earth consisting of nothing but islands. 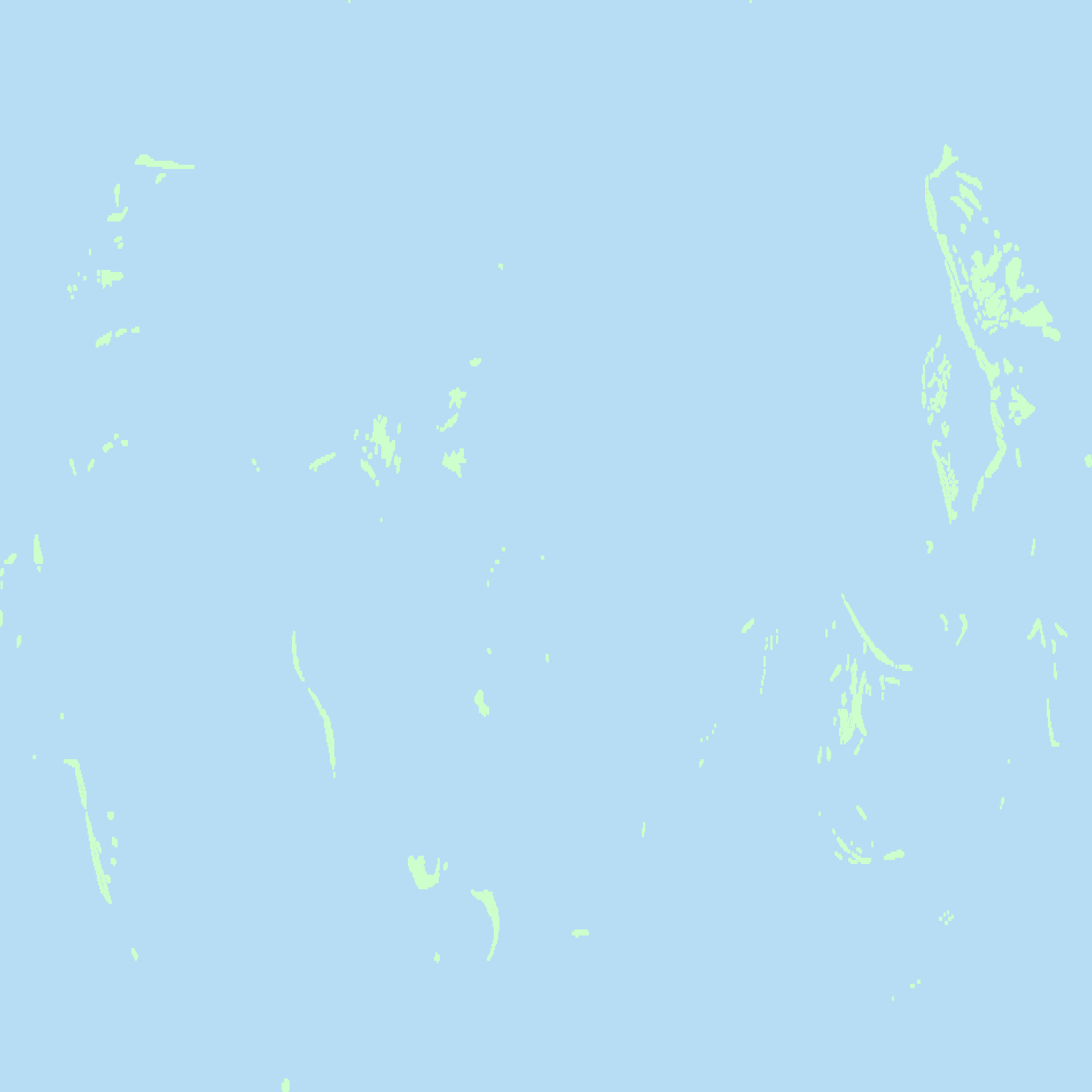 If any specifics help with the scaling, it is equal in mass, diameter and gravity to Venus. It has no axial tilt, which means no seasons. The highest point above sea level is barely twelve feet. Mathematically speaking, is the proportion between land and water presented in this map enough to make the oceans freshwater instead of salty?

JohnWDailey‭
6 reputation 224 0 1 0
Permalink History
Why does this post require moderator attention?
You might want to add some details to your flag.
Why should this post be closed?

Score Active
Sign up to answer this question »
Featured
How can we grow this community?
The Great Migration is underway
Hot Posts
Q&A — Considerations for Recreational Solar Sailing?
Meta — Is Scientific Specation the Right Place for a Discussion Series About Space Sports?
Rigorous Science — How can a Type II civilization influence accretion rates from a debris disk to a passing star?
Q&A — How Could Golf Change in a Low-Gravity Environment?