I'll need to give some background to this question. I'm interested in the idea of a densely inhabited star system, and having large exomoons is one way that they can all orbit roughly at the same part of the habitable zone and have very high chances for lithopanspermia while not having to orbit very close to a small star and be tidally locked to it. Given the size of Jupiter's moons you would need a very large planet, more like a brown dwarf, to have Earthish exomoons, but then these planets could orbit further away from the primary star and not suffer from the huge flares and solar winds they would suffer when tightly packed around an actual red dwarf, like perhaps occurs in the Trappist-1 system. They would (probably) all be tidally locked to the brown dwarf, but have a day/night cycle with respect to the star.

Let's say that there is a star which has similar characteristics to the sun, and so the habitable zone is similar to that of Earth. At 1AU orbits a brown dwarf of 80Mj with a diameter of 200,000km; failing to be a red dwarf at the last hurdle: 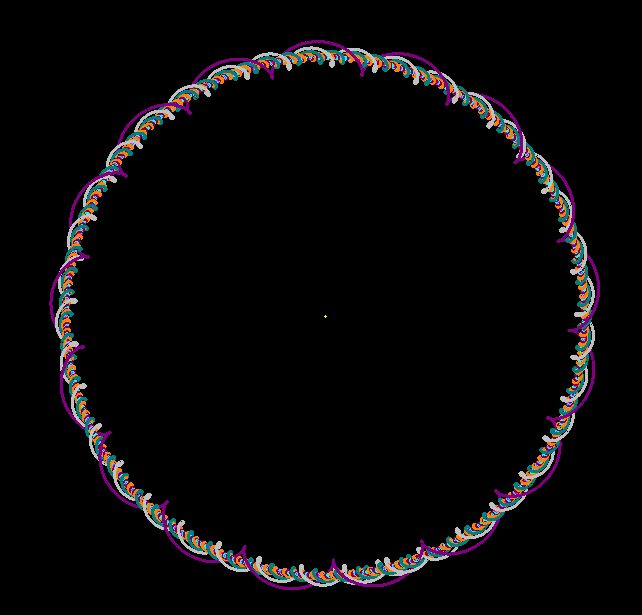 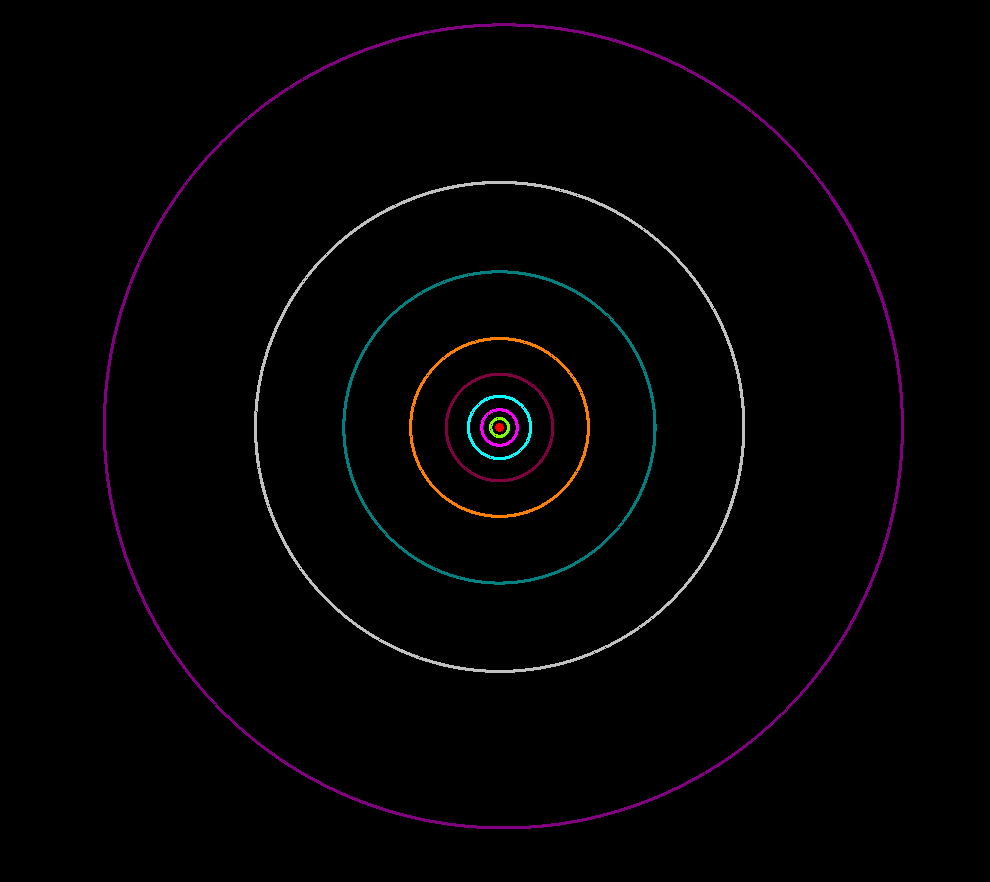 They are spaced varyingly, but typically between 1.5 up to 1.75 the preceding semi-major axis. The 4th moon out is at about 1,157,140km and the final moon is out at a bit over 8 million away. I don't know if the orbits are non-crossing on astronomical timeframes but it seems reasonably stable. A brown dwarf has a big hill radii in an orbit of 1AU around a sun analogue. Out beyond the 8th moon things seem to become unstable on visibly observable timeframes, so 9th and 10th moons were removed.

I realized later that the Roche Limit is the larger problem here and that the inner moons are in danger. I was told that a satellite with the density of Earth could orbit almost arbitrarily close to Jupiter because the density of Jupiter's atmosphere means the Roche radii lies within Jupiter. It would have to be in danger of interacting with the atmosphere before it was in danger of being turned into rubble.

So I winged it and placed a VERY close moon at 1 radii away. However, even assuming that information is correct, there's a BIG difference between Jupiter and an 80 Jupiter mass brown dwarf (79 Jupiters to be exact). Sadly, doing the actual calculation (Rl=2.44Rp*cube root[Pp/Ps]) for the Roche Limit, and assuming Earth density satellites, makes the limit = 4.56673413178 brown dwarf radii, which is 456,673km ish. This means that in the zoomed in picture below, the green and pink orbits are actually rings(now I'm wondering whether the other moons would make any interesting gaps): 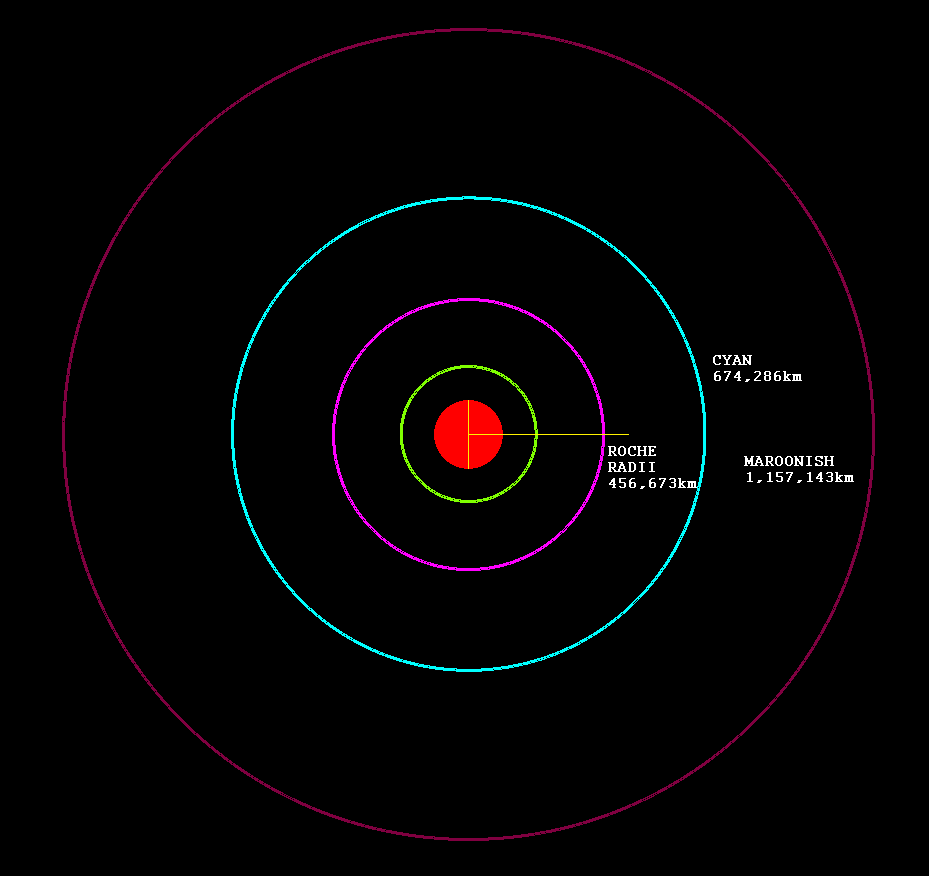 Possibly, my brown dwarf is a little puffy at 1.4ish Jupiter radii(maybe it's spinning very quickly, or it could be very hot which would be bad), so the real point at which moons start turning into rubble is a little closer, but let's not push things too much.

More generally, what are the major issues for habitability in this system? The actual single question I'm asking to people here is; how far away do you have to go before one of these moons is habitable?

Axion‭
1 reputation 5 0 0 0
Permalink History
Why does this post require moderator attention?
You might want to add some details to your flag.
Why should this post be closed?